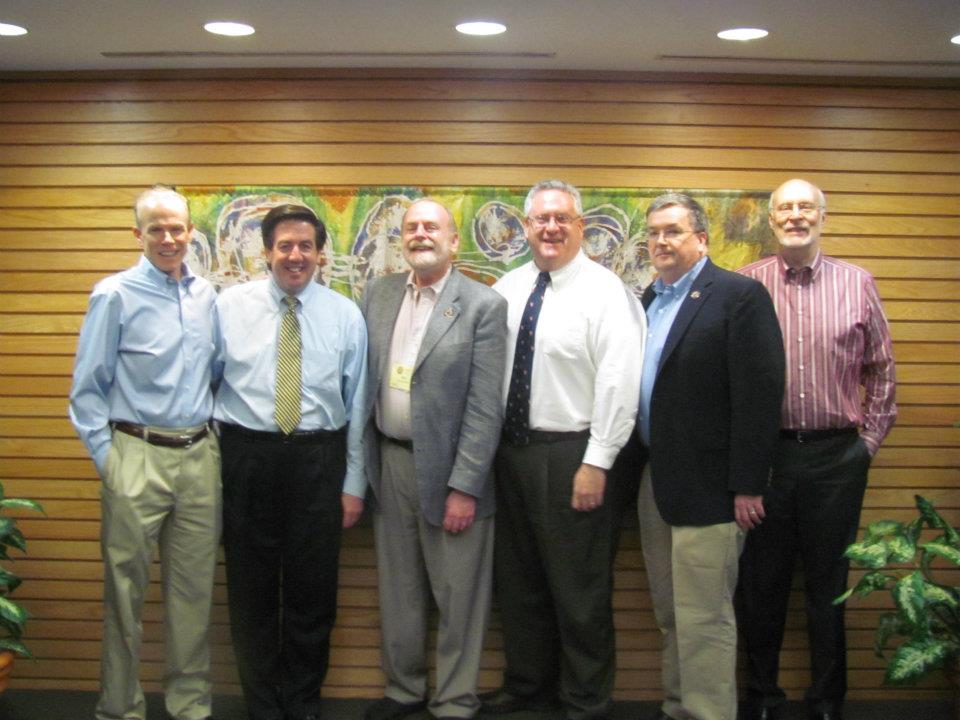 If you comments, questions, suggestions, or problems related to the Legacy website, please write an email to vsls@vusingerslegacy.org .

Bob served as Secretary, Tour Director and President of the Villanova Singers, was a Spires member and founded the Perfect Union in 1975. Bob was one of the original idea guys behind creating Legacy and has served in several different leadership capacities over the years. He is a Villanova Singers Endowment Fund (VSEF) trustee. imbc@comcast.net

Joe brings an enthusiasm and many years of service in the financial services industry. Joe is Legacy’s University liaison and will take his turn at the helm of Legacy events in 2020. He is a VSEF trustee.  jbeebe@kbw.com

Tom was President of the Villanova Singers in 1980. Along with Bob Crowley, Tom is one of the original organizers of the first Legacy Event and has been a catalyst ever since. Tom has deep ties to Villanova with his daughter and son both Villanova alumni. He is a VSEF trustee. tombucaria@gmail.com

As someone who is a packrat and who tries to stay in touch with the generations of Singers he has met over the years (his July Fools annual celebration has been going on for nearly 40 years!), Ippi is well-suited for the role of Historian. He served as Singers Publicity Alumni Director during his senior year. He is a VSEF trustee. wmippolito@gmail.com

Paul was an Secretary and Tour Director of the Singers as well as Spires member. He leads the marketing and website efforts of Legacy and is our resident event photographer. He is a VSEF trustee. exguyparis@gmail.com

Jim was President of the Singers in 1982 as well as Treasurer in 1981 and a member of the Spires.  Jim lives nearby to Villanova and he organizes the pre-concert and Homecoming receptions for the Singers and Singers Legacy Society.  He has led several Singers Legacy events.  Jim also serves as the Singers liaison, for which he’s well suited having one son graduate and another son currently attending Villanova – both Singers.  jima@vusingerslegacy.com

Mike was an officer of the Singers and accomplished pong competitor. Today he serves on The Hill in our nation’s capitol in the homeland security sector. Mike is on the hunt with Guerrini to break Legacy attendance records for Legacy18. michaeljrflynn@gmail.com

Steve served as President of the Villanova Singers in 2007 and was instrumental in inspiring Legacy. Steve has led a Legacy event as well as being the force behind our mentoring and recruitment efforts . steven.guerrini@gmail.com

Fran served as Vice President and President of the Singers and was a Spires member. Fran is the youngest of three brothers (siblings) that sang with the Singers. He travelled twice to Europe with the Singers in 1981 and 1983. Fran has been active as the official greeter at the past three Legacys and is teaming with Jim Anderson as Legacy’s Singers liason. His daughter will graduate from VIllanova in 2018.  fhalcovage@gmail.com

Mike was an active member of the Singers, having never missed a rehearsal in his four years at VU. He joined the organizing committee after the first Legacy event and has been searching for “missing” Singers ever since.  Mike maintains the Singers database, so if your email address changes, please let Mike know: mathcoach5@yahoo.com